The American political scientist John G. Ruggie is to be awarded the A.SK Social Science Award 2017, one of the most renowned international prizes in the social sciences. Ruggie is one of the leading theorists in the field of international relations. His work on the social construction of globalization, which takes account of the needs of people, has also had an impact on political practice. As UN Assistant Secretary General for Strategic Planning (from 1997-2001), he was responsible for creating the United Nations Global Compact, the world’s largest voluntary corporate sustainability initiative.As UN Special Representative for Business and Human Rights (from 2005 to 2011), he developed the Guiding Principles on Business and Human Rights.

To date, more than 13,000 companies and organizations from civil society, politics, and science participate in the UN Global Compact (unglobalcompact.org). The Guiding Principles, endorsed unanimously by the UN Human Rights Council,  serve as  the authoritative blueprint for states and companies to ensure socially responsible business conduct. In essence, Ruggie's approach means that human rights must be embedded in everyday business decisions. The OECD has added a human rights chapter to its Guidelines for Multinational Enterprises and the European Union has revised its social responsibility rules based on the so-called Ruggie Rules. Many states, including Germany, are developing national action plans on business and human rights. The Guiding Principles have been endorsed by the International Bar Association, and incorporated into the statutes and policies of FIFA, the global governing body of professional football.

The international jury of the A.SK Award highlights John Ruggie's achievements in theory and practice. For the Harvard professor, norms and history constitute the foundation of international relations. As the jury notes, Ruggie’s research has returned the analysis of world politics to sociology, political science, and history.

John G. Ruggie was born in Graz in 1944 and emigrated to Canada as a child with his parents. He came to the United States to conduct graduate studies at Berkeley. His academic career has brought him to Columbia University, the University of California, San Diego, and Harvard University. He is Berthold Beitz Professor in Human Rights and International Affairsat the Kennedy School of Government at Harvard University and Affiliated Professor in International Legal Studies at Harvard Law School. From 1997 to 2001, Ruggie was UN Assistant Secretary-General, and from 2005 to 2011, he was UN Special Representative for Business and Human Rights. In 1999, he was elected to the American Academy of Arts and Sciences.

The award will be presented to John G. Ruggie at the WZB Berlin Social Science Center on October 14, 2017.

The A.SK Award is worth 100,000 euros, which was donated by the Chinese entrepreneur couple Angela and Shu Kai Chan. Since 2007, it has been awarded every two years by the WZB Berlin Social Science Center. It honors researchers from the social sciences who have made an important contribution to political and economic reforms. Previous awardees include Sir Anthony Atkinson, Martha Nussbaum, Transparency International, Paul Collier, and Esther Duflo. 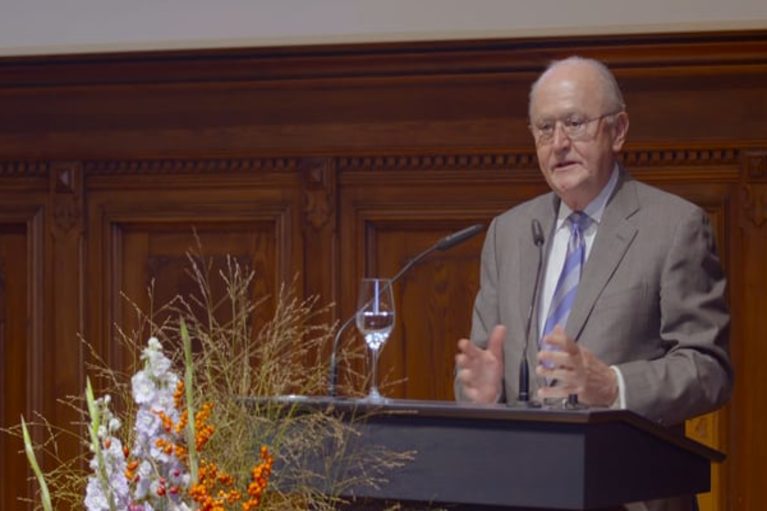