The economist Esther Duflo is the recipient of the 2015 A.SK Social Science Award, one of the best endowed international grants in the discipline. The French-American professor at the Massachusetts Institute of Technology (MIT) and at the Abdul Latif Jameel Poverty Action Lab (J-PAL) in Cambridge, Massachusetts, has revolutionized developmental economics by using experimental methods to test the effectiveness of measures taken to reduce poverty. Duflo’s empirical approach has challenged conventional opinions about development and has thereby helped improve the efficient use of resources.

Explaining the rationale of the decision on this year’s A.SK Social Science Award, the international jury emphasized the merits of Esther Duflo’s pursuit of new, promising methods in development economics. “Her research helps us understand poverty in its broader context and answer basic questions: How do poor people live? Which circumstances contribute to keeping them entrenched in poverty? Which policies can help overcome poverty?” The statement pointed out that Duflo draws on randomized controlled trials to test which intervention demonstrably improve people’s livelihoods. In the jury’s view, her work and that of affiliated researchers at J-PAL, which she co-founded, has shown the crucial importance of information in policymaking and poverty reduction across the globe.

In Poor Economics: A Radical Rethinking of the Way to Fight Global Poverty, coauthored with Abhijit V. Banerjee in 2011, Duflo describes the specific living conditions of the poor and reports on her continued development of the randomized controlled trial, a technique long familiar in medical science for the use of treatment and control groups. This allowed her and colleagues to show, for example, that although microcredit has some benefits, it is not a viable poverty alleviation tool, or that providing “clean” indoor cookstoves to low-income households was not as straightforward a solution as it promised to be. She also substantiated the effect of information and incentives. For instance, giving a kilo (35 ounces) of lentils to Indian mothers in Udaipur villages increased full immunization rates to nearly 40 percent, a sixfold increase over comparison villages. Mothers also received a set of plates upon the completion of their children’s vaccination.

Esther Duflo is Abdul Latif Jameel Professor of Poverty Alleviation and Development at MIT as well as a director of J-PAL, a network of more than a hundred affiliated professors who use randomized evaluations to answer critical policy questions in the fight against poverty. J-PAL has offices in Africa, Europe, Latin America and the Caribbean, North America, and South and Southeast Asia.

The A.SK Social Science Award is endowed with €100,000 and was created by the Chinese business couple Shu Kai and Angela Chan. Since 2007 the WZB Social Science Center has conferred this honor every two years on social science researchers whose work has significantly promoted political and economic reform. The past recipients of the A.SK Social Science Award are Sir Anthony Atkinson, Martha Nussbaum, Transparency International, and Paul Collier. The award was presented at the WZB on October 10, 2015. Katrin Göring-Eckardt, Chair of Bündnis 90/Die Grünen (Alliance 90/The Green party) in the Bundestag, the German parliament, gave the keynote address. 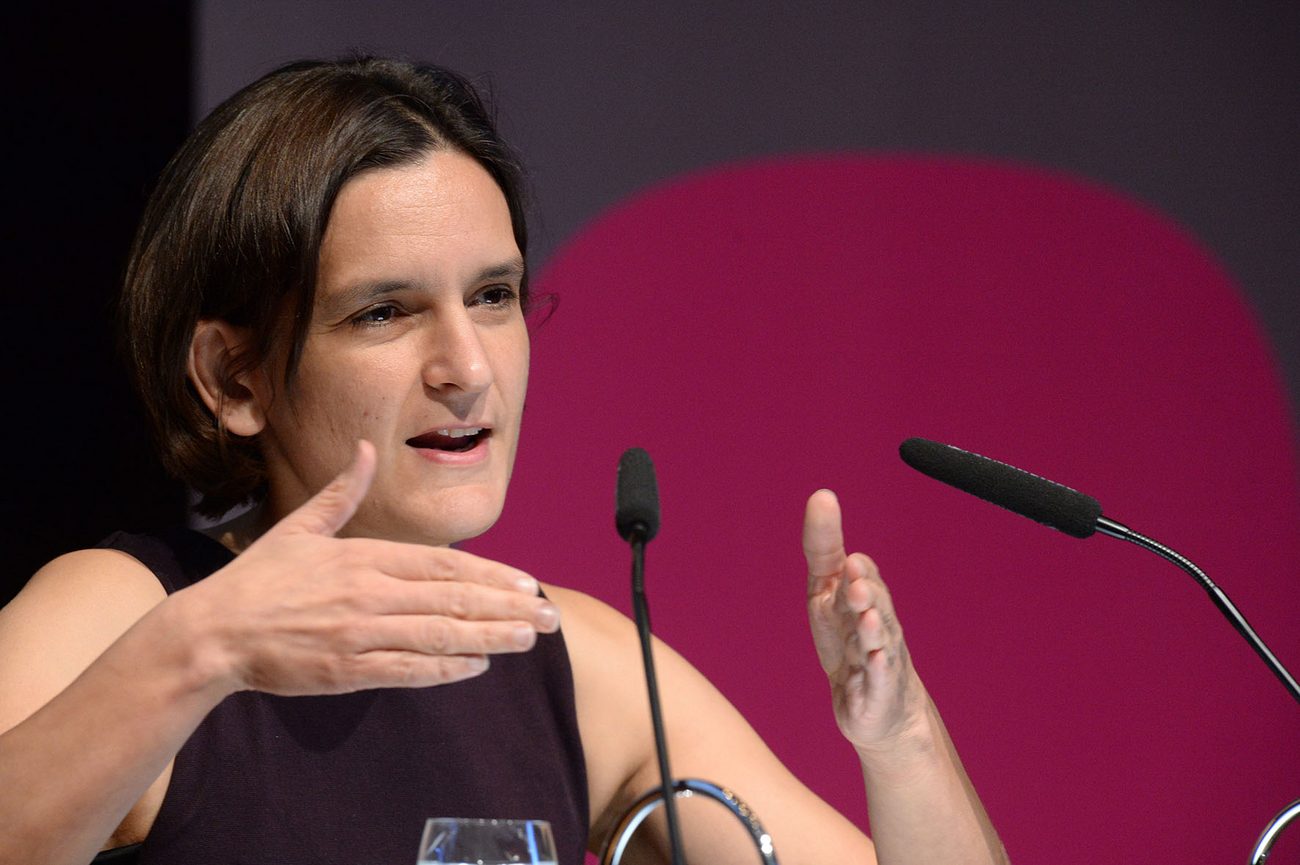