Anger and antagonism between the left and the right in America have reached historic levels. Liberals and conservatives seem to live in different places and to interact mostly with politically like-minded others. Americans seem to be unable to understand the perspective of those they disagree with, making it more difficult than ever to communicate across party lines.

Robb Willer argues that, despite this extreme polarization, political communication is still possible. He has conducted experiments on hot-button issues like same-sex marriage, national health insurance, military spending, and the environment in order to design political arguments in a way that enables people with conflicting views to be in dialogue. In his lecture, he will present new political arguments carefully designed to address the values of those targeted for persuasion. Robb Willer’s research highlights the importance of empathy and understanding for reducing political conflicts.

The Lecture is part of the WZB Distinguished Lectures in Social Sciences. 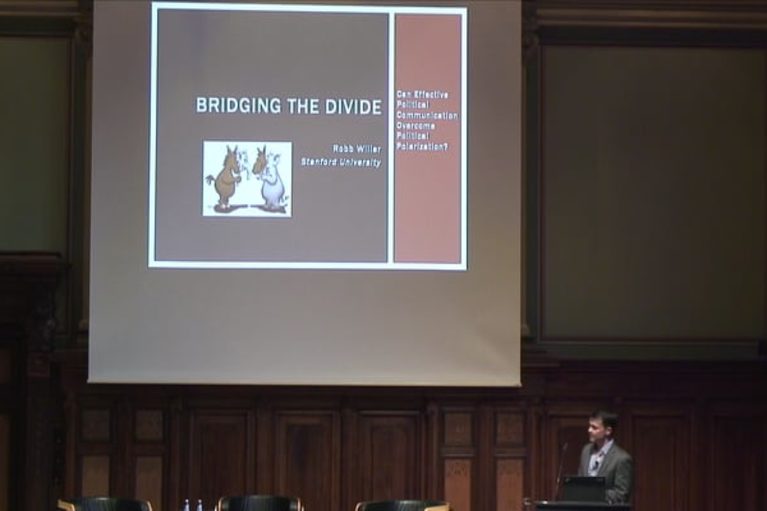 The WZB provides child care during the lecture. Please respond by October 5, 2017 to Friederike Theilen-Kosch: friederike.theilen-kosch [at] wzb.eu