How to be an Anti-capitalist for the 21st Century

While capitalism has become more destructive both to the lives of people and the health of the environment, it seems to most people an unalterable force of nature. Revolutionary ambitions of smashing capitalism through a ruptural seizure of state power, a coercive dissolution of capitalist institutions and their replacement by an emancipatory alternative, lack credibility after the experiences of the 20th century. Social democratic hopes of taming capitalism by neutralizing its harmful effects through decisive state regulations have been undermined by the globalization and financialization of capital. Are these the only logics of transformation? There may be a different route that points beyond capitalism: eroding capitalism by building emancipatory alternatives to capitalism in the spaces and cracks within capitalist economies where this is possible and struggling to defend and expand those spaces.

Erik Olin Wright is an American sociologist and professor at the University of Wisconsin-Madison. His academic work has been centrally concerned with reconstructing the Marxist tradition of social theory and research in ways that attempt to make it more relevant to contemporary concerns and more cogent as a scientific framework of analysis. His empirical research has focused especially on the changing character of class relations in developed capitalist societies. Since 1992 he has directed The Real Utopias Project which explores institutional designs that embody emancipatory ideals and yet are attentive to issues of pragmatic feasibility. His most recent books include Envisioning Real Utopias (2010), American Society: How it Really Works (2011 and 2015), Understanding Class and Alternatives to Capitalism (2016).

Macartan Humphreys is a professor of political science and the director of the Center for the Study of Development Strategies at Columbia University. His research combines experimental approaches, survey research and formal theory to study the political economy of development, governance, and conflict processes.

Lena Hipp is head of the WZB Research Group Work and Care. She holds a PhD from Cornell’s School of Industrial and Labor Relations and studies the intersections of public policies, labor markets, and family life.

The WZB provides childcare during the lecture. If you are interested please respond by September 27, 2016 to Friederike Theilen-Kosch: friederike.theilen-kosch [at] wzb.eu. 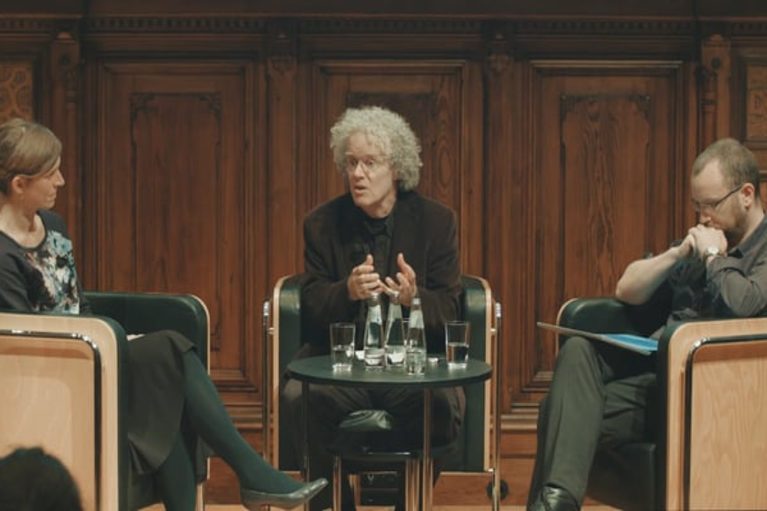